In a Carmarthenshire County Council Planning meeting on January 10th, a major planning application was blocked by the Welsh Government. Mr Mark James, the Council’s CEO, announced his retirement the same day.

The Llanelli Wellness and Life Sciences project at Delta Lakes

This is a bizarre plan to regenerate Llanelli by building a 40 acre site for leasing to businesses involved in health care, elderly care, and general wellness. The scheme was turned down some years ago by the Welsh Government and reappeared later as part of the Swansea Bay City Deal, a regeneration financed in part by UK Government. It was supposed to create 2000 jobs but no business plan was ever made public to explain how. There was permission to borrow money, £200 million, form the city deal, which has been already borrowed and the residents of Carmarthenshire are paying the interest. A large private investment was also required. This never materialised and the “private partner” selected turned out to be a shell company with no staff and no money.

The brownfield site contained flood plain areas, some significant wildlife and probably an impressive level of contamination. Copper has been found in the water. It is adjacent to a sewage outfall that discharges into the lake. A huge “Rainscape” town drainage project by Welsh Water comes on line in 2020 and will discharge into the lake too. The site was not properly assessed for development and Natural Resources Wales were not happy with the information submitted by the Council. Even the day before the planning meeting (on the 9th January) NRW wrote to the council accepting that they had finally submitted an “Appropriate Assessment” – a standard document, but had left so many other questions unanswered that NRW was “minded to object” to the planning application. 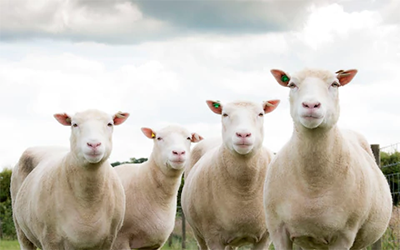 In the tradition of CCC, this letter was not sent to the councillors on the planning committee, or put on the website and the officer presenting the application mentioned only the one positive point and gave the impression that NRW were “on board”. A deceit which in other councils might cause outrage, but I suspect the hand picked sheep-like councillors of the planning committee in Carmarthenshire would believe anything.

When I pointed out in the 10th of January meeting that this information had been withheld from them, they just looked at me blankly. Although the application was already blocked by the Welsh Government, they still voted in favour of it, “minded to approve”. They may be giving sheep a bad name.

The recent suspension of Swansea Academics involved in the Delta Lakes Scheme has brought about investigations not only by Swansea University but also Welsh Government, the Wales Audit Office, Auditor General and the UK City Deal Authorities.

There are concerns by NRW about the longevity of the estuarine site. The lake was once fresh water, the sea is now visiting twice daily and sea level rise is quite a possibility. All this was no barrier to storming ahead with the project.

“We’ve started and so must finish”?

One might wonder if CCC wanted to start construction just to try the “we’ve started and so must finish” gambit and deflect the investigations. Myself, the blogger Jacqui Thompson, MP Nia Griffiths and others asked for the “call in“ on planning grounds.

Before the meeting Plaid’s Planning Chair, Alun Lenny, reminded me of the outcome in the similar case of Stradey Park – a planning application in my area of a massive housing estate on a flood plain, also called in by the Welsh Government but subsequently passed. It was allowed to pass by the Welsh Government when Taylor Wimpey, the developers, threatened the Welsh Government with a multi-million pound civil case and planning minister Jane Davidson capitulated, despite the plans being against WG policies.

None of the supporters of the Wellness project are likely to have the money or influence to to threaten the Welsh Government. Will Plaid Council Leader Emlyn Dole use the £200 million they have borrowed to build this palace of wellness, to sue our own Government? I think not. I feel sorry for Emlyn, who I believe has been chosen by Mark James deliberately, as someone he could control. Mark has worked his “charm” on leading members of all parties in this council in the past. This has been an issue of poor oversight all along.

We do not know the full facts as to the timing for Mr James’ retirement. He’s going in June, apparently, and the plaudits from the Plaid and Independent Councillors, who rule the Council now, show that either somebody loves him or they are too scared to pretend they are sorry to see him go…

Mark James has got away with a lot. According to the Welsh Audit Office he has had an unlawful secret pay rise, and was unlawfully being funded to fight a libel action against a blogger, He then, after promising to pay any damages from that action back to the council, was pocketing them all for himself. Under his regime there has been desperately cruel treatment of whistle-blowers within the council and also of ordinary people who fell foul of a planning regime which appeared often to be biased and unjust.

Was the postponement of the “Dream” swamp project the last straw for Mr James? Has the mud finally stuck? Now he is leaving, some may be able to finally shed light on other strange happenings at Carmarthenshire County Council. The Banquet may yet have many more courses.

One thought on “A banquet of consequences for Carmarthenshire”