It’s no secret that a key part of our policy portfolio – perhaps the centrepiece – is the concept of a Citizens’ Income, namely an amount of money to be paid to every working-age adult citizen of Wales to provide them with a basic income, regardless of whether they are in work or out of work, married or single, rich or poor. Some people call the same concept a ‘Universal Basic Income’ (UBI). Speaking personally it’s an idea I’m quite passionate about.

Therefore I was very interested to hear that the Institute of Welsh Affairs (IWA), of which I’m a member, was hosting a meeting in London last week, on Tuesday 20th November, to debate the question “Can UBI Work for Wales?” Arguing in favour were Prof. Calvin Jones of Cardiff University and Mark Hooper, the founder of Indycube, and arguing against were Polly Mackenzie of Demos and Anna Coote from the New Economics Foundation. David Phillips of the Institute for Fiscal Studies chaired the discussion.

Those of a seriously wonkish disposition who want to hear a podcast of the whole event can do so here. Having listened (yes, I’m a self-confessed wonk), what I shall do in this article is to report on what was argued from each side, and then explain how our approach to a Citizens’ Income is completely different from what was argued by either side of the debate – and something that only a party which is not tied to the assumptions and prejudices of the Left or the Right is able to offer.

It’s fair to say that all the views expressed in the debate were entirely conventional, and (as might have been expected among any gathering of Welsh political pundits) predominantly from the Left. Those arguing in favour took it for granted that increasing unemployment and inequality will be the inevitable consequences of increased industrial automation, and that therefore a Universal Basic Income would be the best mechanism to redistribute wealth from the few Haves to the many Have Nots. Those arguing against  took the view that paying out a meaningful income to every eligible member of society would be so expensive that it would consume the entire public-sector budget, leaving nothing left for other government programmes.

The merest hint of a ‘right-wing’ argument against it was provided by Polly Mackenzie of Demos, who maintained that taxpayers would be unwilling to consent to the idea of paying money out unconditionally to those who did not have a clear need for it, and cited the widespread public support for George Osborne’s cuts to welfare in the early 2000s. Anna Coote also pointed out the greatly increased power that might accrue to the government, as the administrator and dispenser of huge sums of money. Everyone agreed (quite rightly) that the needs of the most vulnerable in society went beyond just being handed a wad of cash and then forgotten about, and they were scathing about ‘Silicon Valley entrepreneurs’ (though none were named) who advocated the concept simply as a way for society to be able to wash its hands of any further responsibility towards its beneficiaries.

What struck me most as I listened to the debate were the assumptions that went unquestioned throughout; for example, that the purpose of a Universal Basic Income was primarily the redistribution of wealth, and that if it were to be brought in at all then that should be alongside our existing, arcane tax-and-benefit system which will always be shot through with loopholes because of its sheer, stupefying complexity.

There was also the assumption that, over and above being a means to gather state revenue, the tax system should be a way to influence behaviour, for example via ‘green taxes’. Perhaps the most original point in the discussion was made by Mark Hooper of Indycube, pointing out that even though Wales is the poorest part of the UK in income terms, in wealth terms it is quite a long way up the table, in fact right in the middle. Perhaps this is a consequence of a larger-than-usual proportion of pensioners in the population, or higher-than-usual rates of owner-occupation even in the industrial regions, when compared for example to the Midlands or North of England. This led him to speculate about land taxes, a subject about which we will also have something to say, though not in this article.

Here in Gwlad we take a completely different approach. For one thing it is important to realise that in our view a Citizens’ Income is not about redistribution. While there’s plenty of scope to argue over the amounts involved, the fact is that people who are in need of income assistance from the government receive it already, under the present system.

Nor is it about maintaining social equity against a background of declining employment opportunities and environmental degradation. By and large we are optimistic about what next-generation technologies, properly applied, can do for the Welsh economy. We don’t see it as an accident that, at a time when there has never been so much automation available in both the manufacturing and service sectors, the number of people in employment is at an all-time high. I pointed out in a recent article here that, against the background of a government scheme to spend £1.2 billion over five years to create 9,000 new jobs in the Swansea city region, employment in the area actually increased by 11,000 in a little over a year before the scheme had even swung into action.

The challenge is as much to do with the quality of jobs as their quantity, and that’s somewhere that we believe a Citizens’ Income can have a real positive impact. 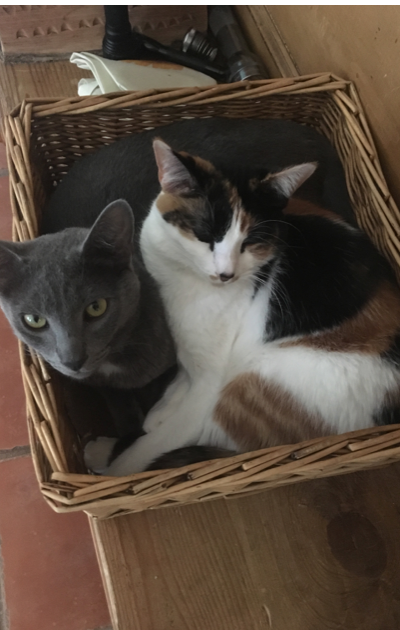 Part of a package

Perhaps the most important point to make as well is that we don’t see a Citizens’ Income as being workable in isolation; set alongside our existing tax system it would be completely unaffordable and impractical. Our vision is to combine the Citizens’ Income with a flat, fair tax where everyone, regardless of income, pays the same percentage. It would be simple and fair, it would apply to all income from any source, and being simple it would be very hard to ‘game’ or otherwise avoid. What most people will probably find surprising is that when you put the two together – Citizens’ Income AND Flat Tax – you can find combinations of the two that give an overall effect extremely close to our present system.

People who receive benefits now would receive just the Citizens’ Income and pay no tax; people on low or moderate salaries would pay more tax on them than they do at present, but the effect would be offset by the fact that they still have the Citizens’ Income supplementing their earned income.

People on high salaries would pay marginally more tax (not necessarily a higher rate, but they’d still pay more overall because they’d pay it on their whole income and not just the ‘top slice’), but that would still be offset by the Citizens’ Income though the effect would be smaller overall, since it’s smaller relative to their total income.

All in all, in most of our models the only group of people whose net income would be significantly affected are those with earned incomes in the £20,000-£40,000 range – and even for them, the effect would be positive but not by all that much.

So what’s the point of that?

If the idea is not to take from the Haves to give to the Have-Nots, nor to give the Haves a massive stealth tax-break, then why change the existing system at all? Well the reason is that we want people to feel secure and confident, and empower them to make the best of themselves and their communities.

The problem is that if benefits are handed out conditionally – no matter how large the benefits are or how generous the conditions – there is always the fear that they’ll be taken away again. This fear encourages behaviours that will lessen the chances of that happening; someone unemployed will be that little bit less likely to risk taking a job at the edge of their capabilities, or perhaps starting a small business of their own or even doing some part-time casual work, for fear that they’ll lose their benefits, then lose the job and go back to the back of the queue. Someone sick or disabled will feel less confident about stretching themselves to do something that they can do for fear of losing their benefit and then finding that they needed it after all.

And it’s not just the people most in need who are affected in this way. Someone who’s in a low-paying job, but who thinks they can do better if they take a risk, will be discouraged from doing so if the consequence may be going back onto benefits and having a long wait for their Universal Credit payment. It’s safer just to stay in the low-paying job. All these factors, even if they’re only marginal, have a huge psychological impact in Wales where levels of long-term unemployment, registered disability and chronic low pay are far higher than in richer parts of the UK. Even at the other end of the income scale, people who earn just under the 40% tax threshold, or just under the £50,000 limit where child benefits are removed, are discouraged from investing in themselves or in their businesses if they see that a disproportionate amount of their additional income will go straight back to the government.

On the other hand, people who know that they have an income to fall back on come what may – their inalienable right as citizens of the country where they were born, or to which they have chosen to give their loyalty – can be confident, can take risks, can seek to better themselves and their communities in ways that would never happen if they remained paralysed by the fear of losing what little they had.

The idea of a Citizens’ Income is not to pay people for doing nothing – it’s to pay them for doing anything, using their creativity, building their skills, taking risks, and making their lives better. We believe that Wales – a country which at many times in its history has led the world in its quality of governance, standards of education and adoption of technology – still has today a huge reservoir of untapped creativity, enterprise and initiative that can place it among the most successful countries in the world, for the benefit of all its people. We in Gwlad believe that a Citizens’ Income is the best way to unleash that, and let the dragon roar.

One thought on “A Citizens’ Income for Wales”