[This article may also be read on our Facebook page]

A CRUCIAL vote in Westminster yesterday showed how little public opinion counts any more in the grand scheme of things.

In the parliamentary vote to place England into a severe Tier 5 lockdown for three months, out of 650 MP’s, only 16 voted against, just 2.4%.

This tiny percentage can in no way be described as representative of public opinion on lockdowns by this stage.

MP’s in the main have given up on their role to monitor and scrutinise the government, and there is no opposition whatsoever to be seen.

Although, at least they have had a meaningful vote in Westminster, compared to Wales, where all Senedd discussions have taken place AFTER decisions announced by First Minister Mark Drakeford. 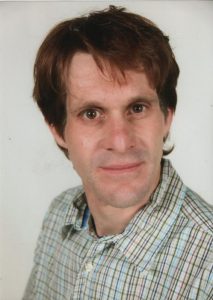 ‘There’s only one political voice allowed now: the one that goes along with the narrative of fear’ said Mr Langford, who is standing at the Senedd Election in the Vale of Glamorgan in May.

‘You can’t be seen to disagree or object to anything that is happening, so the real voice of the people is totally absent from the debate’ he added.

‘There’s next to little support or advice provided and no direction from our politicians how we can survive all this’ he said.

There can be no doubting the seriousness of the coronavirus infection rate, but there are real concerns that another long lockdown will be much more damaging overall.

An in-depth impact assessment of lockdowns was published by Bristol University last year, but incredibly neither the Westminster nor the Welsh Government have undertaken such impact assessments before imposing lockdowns, and perhaps the terrifying results of the Bristol study gives an indication why.

Professor Philip Thomas who led the study, estimated that the various economic impact of lockdowns would likely lead to 560,000 premature deaths in the UK.

Whereas his research showed that a no lockdown policy would lead to ‘Covid related deaths’ which worked out at 10% of this figure (56,000).

More and more questions about lockdowns are likely to emerge over the next three months.

Asking why our politicians are still resorting to this hugely damaging strategy without a real public debate about all its consequences.

One thought on “A Vote to Mute the Public”