Plenty of people complain about the difficulty of finding NHS dental treatment in Wales, but there have been few detailed studies to gauge just how bad the problem is and why it is, in fact, so bad. Therefore it was interesting to see an in-depth article – covering 12 pages in all – in this month’s British Dental Journal1, specifically looking at the situation in Wales and how it varies under the seven different regional health boards. The whole article is available online here.

Background – how NHS dentisty is provided

Although responsibility for NHS dentistry in Wales is devolved to the Welsh government along with the rest of the Welsh NHS, in practice the rules brought in UK-wide under the Blair government in 2006 are still in force. 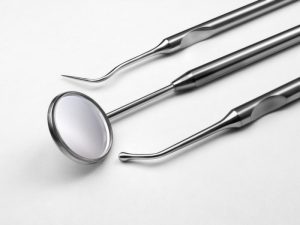 The vast majority of NHS primary dental care is administered by private sector dentists, either self-employed or belonging to ‘corporates’ such as Mydentist or Oasis. Dentists are contracted by the NHS to deliver a certain number of ‘units of dental activity’ – UDAs – over the course of a year. They receive a fixed price so long as they deliver between 95% and 100% of that target. If they go over it they do not receive any extra; if they do less than 95% then they lose some of the agreed funding (‘clawback’). If they deliver less than the 95% target two years running, then they face penalties and possible loss of the contract.

The system’s key weakness is the definition of a UDA. Rather than being linked to individual activities, as the name suggests, they are linked to courses of treatment. So, for example, a dentist earns one UDA for a straightforward examination with X-rays and a scale-and-polish. A course of fillings and/or extractions is worth three UDAs. However, it’s still just three UDAs whether it’s a patient in good dental health needing just one filling, or a patient with galloping gob-rot (a technical term, so I’m told) who needs six extractions and four root-canals. Very often a course like that will be spread over several appointments, and chances are the patient will fail to attend at least some of them – at further cost to the dentist in terms of lost time.

The compensation that the NHS pays for three UDAs is nowhere near enough to cover the cost of that amount of work. Therefore if a dentist is to stay in business (and its an expensive business to get into and stay in, once training, equipment and insurance have been taken into account), then the only practical way forward is to cultivate patients who are already known to the dentist – people who are in reasonable health and are not likely to need long and complex courses of treatment. There’s a big disincentive against reaching out and taking on new patients, especially ones from deprived backgrounds who may have long-standing and complex dental problems. The current contract pretty much requires the dentist to resolve those at their own expense.

In fact, a dentist who takes on too many ‘challenging’ patients will put their business in serious jeopardy, since not only will they have to carry out a great deal of treatment at their own expense but, by tying up their surgeries and staff so that they are unavailable to perform more ‘productive’ work (in terms of UDAs accomplished), they risk falling short of their targets and experiencing clawback and/or further penalties.

It’s no accident, therefore, that the dental landscape has moved away from small community practices run by individual dentists; instead, some dentists form partnerships specialising in expensive private treatments (whitening, implants etc.), while others form corporates that employ large numbers of dentists brought in from abroad, on low salaries, to attempt to deliver NHS care economically.

All of the above applies to the whole of the UK, but Wales has some specific problems that make matters much worse. All in all, the report states, “the standard of oral health in Wales lags behind England.” 46% of the population of Wales has no practical access to NHS general dentistry services, and only 15% of dental practices in Wales are currently open to new NHS patients.

The first and most obvious problem is the generally higher level of poverty and deprivation across the country. Economic deprivation is strongly correlated with poor dental health.

Added to that is the rural nature of much of Wales. With its sparse population, many people live a long way from the nearest available dentist, and if they are reliant on public transport to get there then the problem is even worse.

This is further compounded by the difficulty of recruiting dental professionals to work in Wales. Wales has only one dental school of its own, in Cardiff – compared to four in Scotland, for example.  With students having to pay their own fees and living expenses over an intensive five year course plus vocational training afterwards, there is little financial incentive to work in the NHS in Wales when a career in private dentistry in affluent parts of England can be extremely lucrative.

Nevertheless there are striking differences between the different health boards in Wales. The BDJ report commends Cwm Taf Health Board for offering a particularly good service, with 52% of dental practices open to new NHS patients and an effective outreach programme to schools and to families with children of pre-school age. On the other hand, Betsi Cadwaladr (the board covering North Wales) is “experiencing a dental access crisis” with only 10% of practices accepting new patients – population growth in the area is cited as a particular reason for the problems here. This is even more of a challenge in the Abertawe Bro Morgannwg region, and in Cardiff where the percentage of practices accepting new NHS patients was lowest of all (3%).

One thing which is striking is the complete absence in Wales of a system – commonplace in England – called a Dental Access Service, staffed by salaried dentists. Under this scheme, dentists are employed directly by the NHS to provide basic care to anyone who needs it. The system is not a panacea – in particular, few dentists want to work full-time in such practices because of the risk of becoming de-skilled, and the salaries on offer are modest by private standards – but it helps prevent people from enduring toothache. In Wales there is a Community Dental Service, or CDS, which is intended to treat patients with special needs, and this is sometimes called upon to provide these functions but it’s not what the service is intended for and it’s seen as an unwelcome distraction.

A significant amount of the funding allocated to NHS dentistry in Wales ends up being clawed back as a result of dentists undershooting their UDA targets – either because the dentists have spent too much time treating challenging patients for relatively few UDAs, or because practices have struggled to recruit staff to fulfil the contracts in the first place. The amount of this money – an average of 6% of total allocation in the period 2014-2017 – that gets invested back into dentistry varies from health board to health board, but once again Cwm Taf is commended for a particularly high level of reinvestment.

The problem is that money not spent on NHS dentistry is not necessarily money saved – people still get toothache, and if they can’t see a dentist then they’ll end up accessing much more expensive services in their GP surgery or even in casualty departments.  Astonishingly, the single most common reason for a child to attend hospital is to have a dental extraction under general anaesthetic – more common than being admitted with a broken arm.

In Gwlad we see NHS dentistry as yet another example of the Labour Party’s abject failure to govern Wales competently for the benefit of its people.

We’re very keen to learn from examples of best practice, whether in Wales (Cwm Taf), England (salaried dental access services) or across Europe. Our current thinking is that the policies outlined in our manifesto are extremely relevant to the needs of dentistry in Wales. These include:

Specifically, however, it is clear that there is a need to up-end the Blair government’s 2006 contract system, which directly penalises dentists for providing precisely the sort of care which is most urgently needed. This is manifestly unsuited to the situation in Wales. We need to investigate whether this can be achieved with the powers already delegated to the Welsh Government, or whether this requires outright independence before it can be accomplished.