[This article first appeared on 16th July 2020 on ‘Gwydir’, the blog of the Cardiff University Conservative Association which is not affiliated with the Conservative Party. It will hopefully be obvious that neither are we.]

From the perspective of anyone with conservative inclinations, Independence for Wales can seem like the wokest of woke causes. It often looks like even those most associated with it in the public mind – Plaid Cymru, the longest-established nationalist party, in particular – regard it as just one of a host of other fashionable causes, from fighting this-or-that-phobia to remaining in the EU.

Meanwhile, more conservative people often look at Welsh Independence as undesirable, impossible, or both. They look at the magnitude of Wales’s fiscal deficit. They note the depth of economic integration between Wales and the rest of the UK. They reflect on the centuries of cultural interaction across our long and porous border. They conclude that it’s best to leave things as they are, or even that it would be better to turn back time – to before there was even Devolution.

But dig a little deeper, and it becomes clear that Welsh Independence is a profoundly conservative idea. There’s every reason why conservatives should be at the forefront of the campaign for it.

At its root, the conservative case for independence can be stated in just four words: Wales is a nation.

This is undeniably true. Anyone who crosses the border in either direction becomes conscious of the differences immediately: different landscapes, different placenames, different townscapes. And it is never clearer than in sport, where people will cheer their national side on with a passion that no ‘GB’ or ‘UK’ team can ever excite.

The great conservative philosopher C.S. Lewis put it like this, when writing above ‘love of country’ in his 1960 book “The Four Loves”:

“Note that at its largest this is, for us, a love of England, Wales, Scotland, or Ulster. Only foreigners and politicians talk about ‘Britain.’”

And if conservatives believe in anything, it is the importance of the nation-state.

This is what the most significant arguments over Brexit were about – is it good for a nation to be independent, or is it better for its identity to be diluted in a larger political union? The answer to that question came back loud and clear.

That’s why we in Gwlad believe that every argument for Brexit is also an argument for Welsh independence, and vice versa.

Not (as some still argue) so that an independent Wales could re-join the EU – that ship has sailed – but because Brexit has established that the future belongs to the nation-state, but we need to be clear what that means, and what its implications are.

So “should Wales be an independent country?” is the wrong question for a conservative to ask.

Can Wales be independent? 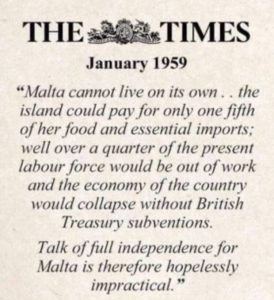 To pull a relatively random sample together, Iceland, Luxembourg, Malta and Singapore are all much smaller than Wales, and serious doubts were expressed about the viability of both of the latter when they first left the UK’s control. Today each of them have higher GDP-per-head and living standards than the UK itself.

The more serious question about Wales’s viability has to do with its ‘fiscal deficit’, the fact that there is more government spending in Wales every year than the amount raised in taxes.

This is a genuine issue, but the extent of it is often exaggerated: for example, under current definitions, government spending in Wales is deemed to include Wales’s contributions to HS2 and the pensions and healthcare costs of English retirees living in Wales – neither of which would need to be borne by Wales if it were independent.

[And that does not mean that the English retirees would be kicked out – far from it – but simply that their pensions and healthcare costs would be charged back to Westminster, just as they would be if they’d retired to France or Spain.]

The rest of Wales’s economic woes arise simply from its lack of GDP growth. This has been almost zero since the Labour Party started administering the country in 1999. If Wales were able to grow at the rate of any normal small country, then the miracle of compound interest would get rid of the remainder of the deficit in less than a decade.

Can Wales be run well?

So the most pertinent question of all is, can the Labour Party be dislodged from the hegemony that it’s held in Wales, at every level of government, for over 100 years?

So far, the nearest that’s come to happening was in the elections of 2007, the first time when Labour failed to win an overall majority in both the Welsh Assembly and the Scottish Parliament.

It’s instructive to compare what happened in the two countries.

In Scotland, the SNP collaborated with the Conservatives and went into government, where they have held power ever since and effectively vanquished Labour as a political force. Even people who disagree with the SNP’s politics would concede that they’ve done a good job of providing competent day-to-day governance. Moreover, the extinction of the Scottish Labour Party helps the Conservatives’ cause in England no end.

In Wales, there could have been a ‘Rainbow Coalition’ of the Conservatives, Plaid Cymru and the Liberal Democrats, probably led by Plaid Cymru as the largest of those three parties.

Instead, during the negotiations a renegade group of Plaid AMs, led by Adam Price (at the time an MP rather than an AM, and long before he became Plaid leader himself), flatly refused to work with the Conservatives and instead made their own deal with Labour.

The direct outcome of that was to cement Labour in power for another 14 years. Since their high-water mark, Plaid have lost a third of their support both in vote share and in seats won and the Conservatives have overtaken them as the second largest party in what is now the Welsh Parliament. Even so, the Conservatives have not come close to the levels of support that Plaid had before 2007.

Yet the spectacular success of the Brexit Party in 2019’s European elections, pushing Labour into third place and the Conservatives into fourth, shows that there is a hunger for change.

We in Gwlad believe that a conservative pro-independence party, willing to work with the Conservatives and Plaid if need be but totally committed to ending Labour’s long misrule, is what’s needed to break the log-jam and open up a new era of multi-party politics in Wales.

A lazy assumption which is often made is that Wales is somehow a naturally socialist country in which conservative ideas will always sit uneasily. This is nonsense.

It is however true that the ‘Conservative and Unionist Party’ carries a great deal of baggage which prevents it from reaching the levels of support that it otherwise might.

Partly this is down to history. Even in the 19th Century, before there was such a thing as a Labour Party, Welsh voters consistently backed Gladstone’s Liberalism over Disraeli’s Toryism. Disraeli’s Tory Party, however radical it was in practice, was forever tainted by its association with the landowners and ironmasters and got little credit for its social reforms.

After Winston Churchill sent in the army against striking miners in Tonypandy in 1910, even though he himself was a member of the Liberal Party at the time, the personal antipathy towards him felt by many Valleys voters was transferred to the Conservatives when he joined them in 1924.

Against this background, few remembered that Harold Wilson had in fact closed many more coalmines in the 1960s and 70s than Mrs. Thatcher did in the 1980s, and she was seen simply as standing in the same tradition as Churchill.

Throughout all this time there was an abiding sense that the Conservative Party was not really interested in Wales, and found it tedious to have to attend to its particular circumstances.

Yet despite all this there is a much older strand of authentically Welsh Toryism that runs deep. No-one has described this better than H.W.J. Edwards (Harri ab Iorwerth to his friends), who was one of Plaid Cymru’s most influential thinkers from the 1950s to the 1970s.

In his classic 1975 work “Sons of the Romans – The Tory as Nationalist” (which has a preface by Enoch Powell, of all people), he sets out a vision of Welsh Toryism which draws on the history and literature of several centuries and stresses above all its essential continuity – “tyf yr hyn sydd o’r hyn a fu” (‘what is, grows from what was’).

He leaves one in no doubt that there is a latent well of conservative feeling and sympathy in Wales, which the Conservative Party has never successfully drawn upon.

So what would an authentic 21st Century pro-independence Welsh Toryism look like? What would its policies be?

Here are some of Gwlad’s: we believe most people of a conservative inclination would recognise the thinking behind them and feel comfortable espousing them:

We believe that these policies, and the philosophy that lies behind them, ought to commend itself to all those in Wales who consider themselves conservative.

Gwlad – The Welsh Independence Party – is an authentically conservative movement which can reach the parts of Wales that will forever be closed to the Conservative Party.

13 thoughts on “The conservative case for Welsh Independence”