Anyone who wants to inflict a heavy dose of existential angst upon themselves, and doesn’t have a Carpenters CD handy, could do worse than to take a walk through Wrexham town centre on a wet Wednesday morning in December. I speak as someone who loves the town like no other, and has done ever since my parents and I arrived there in the early 1980s. I’m not sure whether the sense of depression comes only from seeing it as it is now, or from remembering the bustling, vibrant place it was then. Don’t get me wrong – it’s still a brilliant town, once you get out of the centre; it has good housing, plenty of parks, a healthy cultural life, and an astonishing diversity of villages and landscapes within a five mile radius. But if I’d taken a first-time visitor with me as I walked through the town centre yesterday morning, they’d never have wanted to return. There seemed to be more shops boarded up than there were open, even in the flagship shopping mall, and those which were occupied were disproportionately betting shops, tattoo parlours, vaping supply shops and charity shops. The contrast with Shrewsbury or Chester couldn’t be starker. I could write a long screed about how a series of crass planning decisions made by the council (Labour at the time, naturally) in the mid-1990s destroyed the old town centre to leave us with what we have today, but I’ll save that for another time. 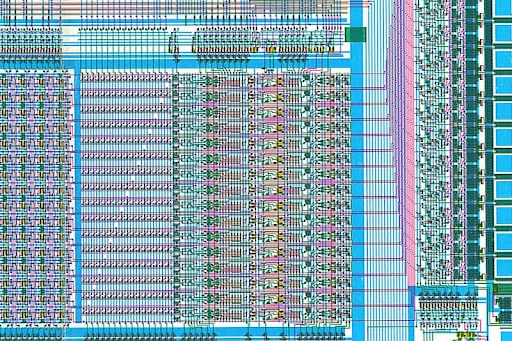 On the contrary, what I’d actually like to write is a good news story. My reason for exploring Wrexham town centre yesterday morning is that I was trying to find a good-quality office into which to install a group of highly-qualified, highly-talented software developers to work on an exciting project right on the cutting edge of microelectronic technology, writing the software which designs the chips that go into the devices that we increasingly depend upon every day. The American company that I work for – based in Santa Clara in the heart of Silicon Valley, and already with one UK office in Cambridge – was planning to open a new technology development centre in Manchester, but by getting myself hired for the job of leading it and waxing lyrical upon the qualities of Glyndŵr University’s Computer Science department, I persuaded them to open it up in Wrexham instead.

Now we come to my burning problem, however: finding an office isn’t all that hard, but I’m already becoming anxious about where I’m going to find the people to put in it. It’s not the easiest place in the world to attract people to from outside, especially not at this time of year. And besides, what I’d really like to be doing is to create opportunities for local people, who like me can look past the superficial damage that decades of Labour rule has inflicted upon the town and work towards rebuilding it.

The chicken and the egg 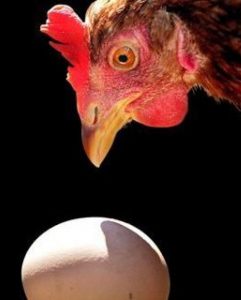 It’s very well known that the biggest economic challenge that faces Wales is low pay; where there are jobs at all (and to be fair, unemployment in Wales is below the UK average), they tend to be disproportionately of the low-skill, low-pay kind. That’s certainly not because Wales doesn’t produce people capable of doing jobs of great skill and value, and you’ll find Welsh people filling such roles all over the world. The school I went to in 1980s Wrexham – one that would nowadays be described as a ‘bog-standard’ English-language comprehensive – had plenty of bright, hard-working, talented children, led by an inspirational headmaster and a tour de force of a deputy whose quirky patterns of speech still influence mine today. The thing is, with one or two exceptions, I don’t know whether any of them are still in Wrexham, or even in Wales.

The problem is that because Wales is a country of low pay and, all too often, restricted opportunity, talented people leave. Of course that’s not to say that those who stay, do so because they lack talent; far from it. But they often have to settle for jobs that are less stimulating than they’d like, adding less value to the economy than they’re capable of doing.

Quite a lot has been written in the press about this lately; I won’t rehearse the subject here in detail, but here are some recent links:

What happens then is that the lack of opportunities causes people to leave; and that makes bringing in new opportunities much harder, because many of the people you’d need to staff them with have already left. Which comes first, the people, or the opportunities for them? It’s certainly the case that you need one to get the other, but if all you have is a chicken then you’ll have to feed it for a while before you get an egg; and if all you have is an egg you’ll have to incubate it carefully before you get a chicken.

What’s needed, of course, is a policy solution which addresses this, ensuring that people from Wales are educated and trained to a level that holds its own with the best in the world, and ensuring that there are opportunities for them to stay if they want to. Not only that, but this needs to be done in such a way that doesn’t restrict the benefits to a small elite of highly-trained specialists, but brings increased prosperity across the whole of society.

I’m not going to claim that there is a magic bullet for this, but there are some excellent suggestions in the links above. We also have examples of good practice from many other countries, not least Ireland, which used to have a far bigger problem than Wales in this respect but has turned things around to an astonishing extent (and not just because of its EU membership by any means). Look out for some ideas in Gwlad’s manifesto when it comes out.

6 thoughts on “The Sharp End of the Brain Drain”