Recent events in Cardiff Bay have underlined the complacency of the Labour Party as they continue to take the support of Welsh voters for granted. They see no need to choose a leader who will inspire people or offer any vision for the future; as far as they are concerned, it is sufficient to install an uninspiring man in a grey suit to do London’s bidding and carry on managing Wales’s inexorable decline. Labour are both the cause and the main beneficiaries of this decline: the poorer Wales becomes, the more they can argue that we need Westminster to subsidise us, and that we need a socialist government to look after the ever-increasing numbers of the poor.

The only way that life is ever going to get better in Wales is for the Labour party’s hegemony to be broken for good. What Wales needs more than anything else is a serious alternative that people in every part of Wales can vote for with confidence.

We can be sure that the Conservative Party is never going to be that alternative; its support has lagged well behind Labour’s for over a century, and that is unlikely to change. Yet just as it would be foolish to place any hope in them, it would be equally foolish to underestimate their support. In the 2017 general election their share of the vote was in fact their highest ever, at 33.6%, even exceeding their previous peak of 32.2% when Mrs. Thatcher swept to power in 1979.

For my own part, I have voted either Conservative or Plaid Cymru in almost every election since 1987 (when I had my 18th birthday), with the Conservatives getting my vote significantly more often than Plaid has. And this despite the fact that I’ve been a passionate believer in independence for Wales for the whole of that time. Don’t assume that the Conservative vote is solidly Unionist: it really isn’t.

I’m sure people vote Conservative for all sorts of reasons, but one of the principal ones is surely the aspiration for sensible, competent government. There’s nothing wrong with that; Labour governments in Westminster have always ended in financial meltdown under crushing government debt, and it’s always the very wealthy who are the ultimate beneficiaries of that: they buy the bonds which taxpayers then have to pay the interest on for years afterwards, tax which could otherwise be spent on schools, hospitals, roads and railways.

Let that point sink in for a moment; excessive government spending drives inequality by transferring money from poor taxpayers to rich bondholders. Yet every Labour government in my lifetime has indulged in it on a massive scale. 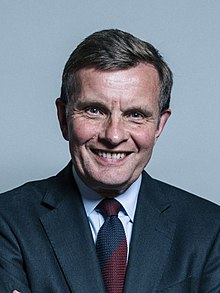 There’s every reason why taxpayers of modest means, who’d rather see their taxes spent on the country rather than given to the elite, should vote for a party that promises (and, very occasionally, has been known to deliver) a steady economy without excessive borrowing and spending. We get that.

So where should Conservative voters go when they yearn for sense and competence and all they get is the complete shambles that is the Conservative Party in 2018?  Only yesterday they squandered an opportunity to change direction, with seven out of the eight Conservative MPs in Wales choosing to give their ongoing support to the Prime Minister – the honourable exception being David Jones (pictured), the member for Clwyd West. If I were a Conservative voter in any one of the other seven constituencies, I’d be in despair and looking more seriously than ever before for someone else to vote for.

To be sure, anyone who votes Conservative out of an attachment to the Union Flag had better stay put, or look elsewhere. They’re entitled to their opinion, but we do not share it.

But if they’re looking for grounded, sensible people who don’t do dogma and just want to see Wales governed well, for the good of all its people, then they might find themselves more at home with us than they ever expected. We are committed to making Wales a stable, prosperous country where people can run businesses, take risks, enjoy the rewards of success yet be protected from destitution when things don’t go so well. We want to unleash the creativity and acumen that Wales has been famous for in previous ages, but which decades of Labour’s socialism has ground down and suppressed. We want to see people taxed fairly, and we want to see that tax spent on services and invested in infrastructure, not used to keep people out of the labour market, or handed over in interest payments to the very wealthiest.

And the thing is, we’d expect quite a lot of people who currently vote Labour to see the appeal of that as well. People who have seen through Labour’s deception and long to break out of the circle of despair, yet could never bring themselves to vote for the Conservative party with all the baggage that it carries.

Come and join Gwlad. Sensible people from all parties are welcome.